The Fair Tax Mark is pleased to announce that the Trades Union Congress (TUC), has been accredited with the Fair Tax Mark, demonstrating their commitment to paying the right amount of tax, at the right time and in the right place. The accreditation comes at the close of the UK’s first ever Fair Tax Fortnight, which has also seen high street favourites, Timpson Group, announce their Fair Tax Mark accreditation and the release of new research about the public’s attitude to tax and good corporate conduct.

The TUC has gained the Fair Tax Mark accreditation as part of its commitment to enhanced financial transparency, which has also seen the organisation publish a new Tax Policy that sets out its commitment to shun the artificial use of tax havens and contrived tax avoidance practices. They will also be sharing more information in future financial statements about their investment income, which is chargeable to corporation tax and associated tax payments. 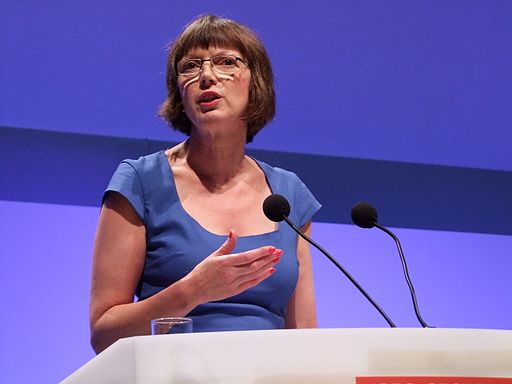 rances O’Grady, TUC General Secretary, said: “We’re proud to support the Fair Tax campaign. Our taxes fund schools, hospitals and so many other important services that we all rely on.

“Businesses depend on tax-funded services too. They get healthy and educated workers, roads to get goods to market, and law and order to protect them from rogue traders and crime. Firms that dodge their taxes are freeloading off the rest of us.

“The Fair Tax Mark can help people decide if a company deserves their business. We hope it will reward those doing the right thing and make the tax dodgers think twice about avoiding what they owe.”

Paul Monaghan, Chief Executive, Fair Tax Mark said: “We are delighted that the TUC is now an accredited Fair Tax Mark organisation, taking the lead in demonstrating the importance of transparent tax practices.

“It is estimated that €600bn of corporate profits are annually shifted to tax havens, with corporate tax revenue losses globally of €200bn per year – which equates to approximately £7bn of missing revenues in the UK. Fair Tax Fortnight celebrates organisations like the TUC that are seeking to do the right thing and are proud to pay their fair share of corporation tax. The recent polling released shows that this resonates strongly with the UK public – who want to shop with, work in and celebrate fair tax enterprises.”

Three quarters (74%) of those questioned support a call for all companies, whatever their size, to publicly disclose the taxes that they do or don’t pay in the UK – with just 4% of the public disagreeing. And 6 in 10 (59%) believe that the Government and local councils should consider a company’s ethics and how they pay their tax as well as value for money and quality of service provided – with just 15% agreeing that contracts should be awarded regardless of ethics and tax conduct. Currently, tax conduct is rarely, if ever, factored into public procurement.

The accreditation of the TUC and Timpson with their 2,046 stores takes the total number of certified Fair Tax Mark outlets and offices to over 6,500, by the close of the first ever Fair Tax Fortnight. They join a host of other responsible tax businesses, including Richer Sounds, AMT Coffee, The Co-op, SSE and Lush Cosmetics – who all recognise the benefit of being able to demonstrate their commitment to fair tax practices.

*All polling results are from research undertaken by ICM and commissioned by the Fair Tax Mark. The ICM Omnibus is a nationally representative omnibus survey of 2,020 adults across GB. Polling occurred between 18th and 21st May 2018. The figures have been weighted and are representative of all GB adults (aged 18+).


If you sign up to the Fair Tax Foundation newsletter, your data will be stored in our secure database for up to six years. It will not be shared with any third parties. You can read our full privacy policy.

Any cookies that may not be particularly necessary for the website to function and is used specifically to collect user personal data via analytics, ads, other embedded contents are termed as non-necessary cookies. It is mandatory to procure user consent prior to running these cookies on your website.