Trust in HMRC on the increase, but record levels of concern on businesses tax behaviour 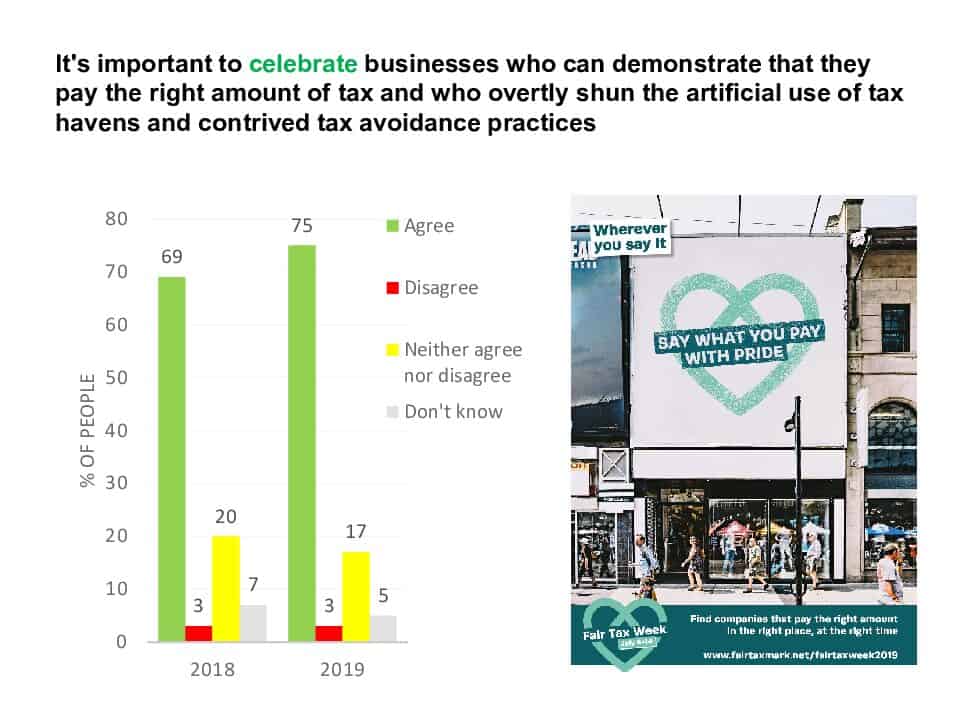 New polling conducted by ICM has shown record levels of concern among the public about the use of tax avoidance practices by business in the UK. The survey, commissioned by the Fair Tax Mark, also shows that more people than ever before would change who they shop with to favour a business that is Fair Tax Mark certified.

Over three quarters of people would rather shop with (77%) or work for (78%) a business that can prove it is paying its fair share of tax – in both cases, up eight percent points on 2018. An increasing number also said that it was important to celebrate businesses who can demonstrate good tax conduct and shun the artificial use of tax havens and contrived tax avoidance practices, up six percent points on 2018, to 75%

Record numbers of consumers also said they would switch the businesses that they use to one that has the Fair Tax Mark (up by eleven percent points to nearly two thirds of respondents, 62%).

HMRC and the Fair Tax Mark are heavily favoured as trusted verifiers of good tax conduct (by 57% and 41% respectively), but “company auditors” trusted by just 15% of the public, with a large majority saying that the big accountancy firms should not be able to both sell tax avoidance advice and audit accounts. Trust in HMRC and the Fair Tax Mark increased by nine percent points and five percent points, respectively.

Three quarters (74%) of the public thought that the UK should take a lead and force companies to show their income, profit and tax paid in each country in which they operate. 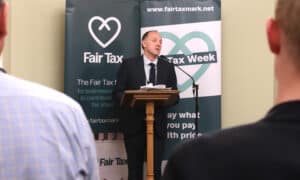 Paul Monaghan, Chief Executive of the Fair Tax Mark, said: “The vast majority of people in the UK want to support and celebrate the businesses that shun the use of artificial tax havens and contrived tax avoidance practices. They understand the contribution that tax makes to public services, but also that there needs to be a level playing field on which businesses compete. Tax dodgers such as Amazon and Google have an unfair advantage, and this rightly generates anger among not just the public, but business at large.

It is great to see that the public overwhelmingly support the UK taking a lead and being the first county in the world to require big business to produce public country-by-country reporting of income, profit and tax. Too often it is almost impossible to see whether a company is paying the tax it should, even with a forensic analysis of their accounts.”

It is good to see that HMRC is increasingly trusted by the public, in all likelihood as a result of its long overdue more challenging approach to tax evasion and avoidance. However, there is still some way to go given it has been estimated that some £7bn of annual revenues are still not being collected as a result of corporate profit shifting to low tax jurisdictions.

It is also most welcome to see support for the Fair Tax Mark reaching a new high, with nearly two-thirds of the public saying that they would switch the businesses they use to one that has the Fair Tax Mark. People are simply not being reassured by audits from the big accountancy firms, with a large majority opposing their continued ability to sell tax avoidance schemes to firms whilst also auditing their accounts – which needs to end.” 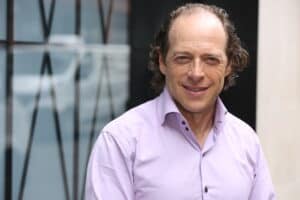 Julian Richer, Founder and Managing Director, Richer Sounds said: “Richer Sounds is proud to pay the tax it owes. It’s only fair that businesses contribute to the infrastructure that enables us to operate, from the roads which transport our goods, to the NHS for keeping our team healthy, the police that protect our property and the schools that educate our people. As a Fair Tax Mark certified business I know that we’re benchmarking our tax conduct against a robust, independent standard. It’s about fairness. Businesses should pay their way and compete on a level-playing field.”

Other findings from the survey showed that almost two thirds (63%) of people believe that the Government and local councils should consider a company’s ethics and how they pay their tax as well as value for money when making purchasing decisions. The public were split (35%–34%) in terms of whether the Government should reduce the amount of tax companies paid to attract foreign investment and create UK jobs.

The Fair Tax Mark is calling on the public to ask the organisations they work for, shop with and buy services from to ‘Say what you pay with pride’ during Fair Tax Week, 6-14 July. They are supporting Church Action for Tax Justice to celebrate Tax Justice Sunday (7 July), when people of a variety of faiths come together and recognise those organisations that contribute their fair share of tax.


If you sign up to the Fair Tax Foundation newsletter, your data will be stored in our secure database for up to six years. It will not be shared with any third parties. You can read our full privacy policy.

This website uses cookies to improve your experience while you navigate through the website. Out of these cookies, the cookies that are categorized as necessary are stored on your browser as they are essential for the working of basic functionalities of the website. We also use third-party cookies that help us analyze and understand how you use this website. These cookies will be stored in your browser only with your consent. You also have the option to opt-out of these cookies. But opting out of some of these cookies may have an effect on your browsing experience.
Necessary Always Enabled
Necessary cookies are absolutely essential for the website to function properly. This category only includes cookies that ensures basic functionalities and security features of the website. These cookies do not store any personal information.
Non-necessary
Any cookies that may not be particularly necessary for the website to function and is used specifically to collect user personal data via analytics, ads, other embedded contents are termed as non-necessary cookies. It is mandatory to procure user consent prior to running these cookies on your website.
SAVE & ACCEPT